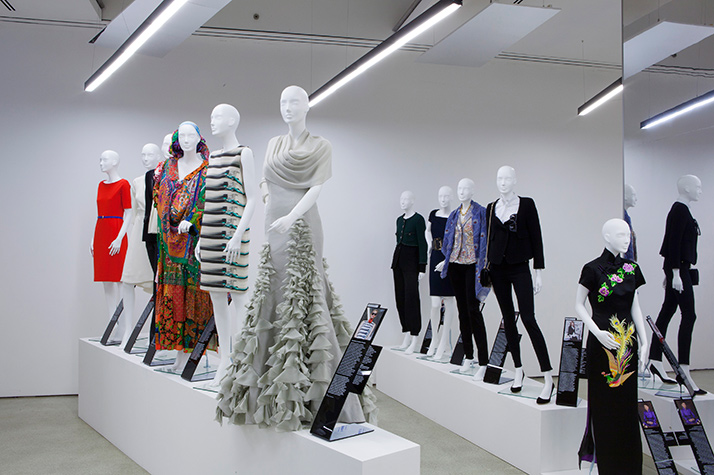 Designed by the renowned architect Zaha Hadid, ‘Women Fashion Power’ explores the compelling relationship between influential women and their choice of clothing.

This thought provoking exhibition contradicts the notion that women are victims of fashion. Instead, it demonstrates how women throughout history have used fashion as an important instrument of self-expression and empowerment. From Margaret Thatcher to Vivienne Westwood, Lady Gaga to Greta Garbo, the exhibition examines how powerful women have used clothes to reinforce rather than detract from their message.

The last 150 years of women’s fashion is analysed  through a visual timeline that brings together a collection of photographs, exclusive interviews, magazines and sketches. The timeline presents political, social and cultural events that have helped to change women’s roles in society, and which have had a significant impact on women’s fashion, leading to a greater freedom of expression. 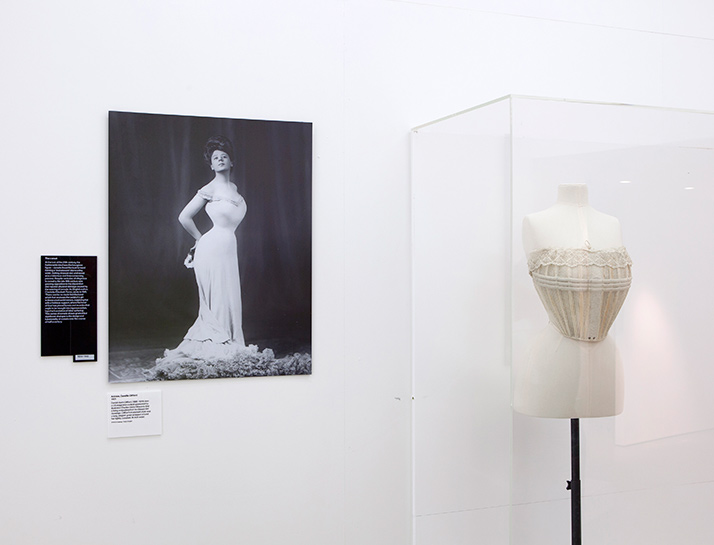 At the turn of the 20th century, the fashionable ideal was the hourglass figure. In order to achieve this silhouette, women wore restrictive boned corsets.  Actress Camille Clifford (1888-1970) embodied the look of the time with her trademark long gown wrapped tightly around her corseted 18 inch waist. 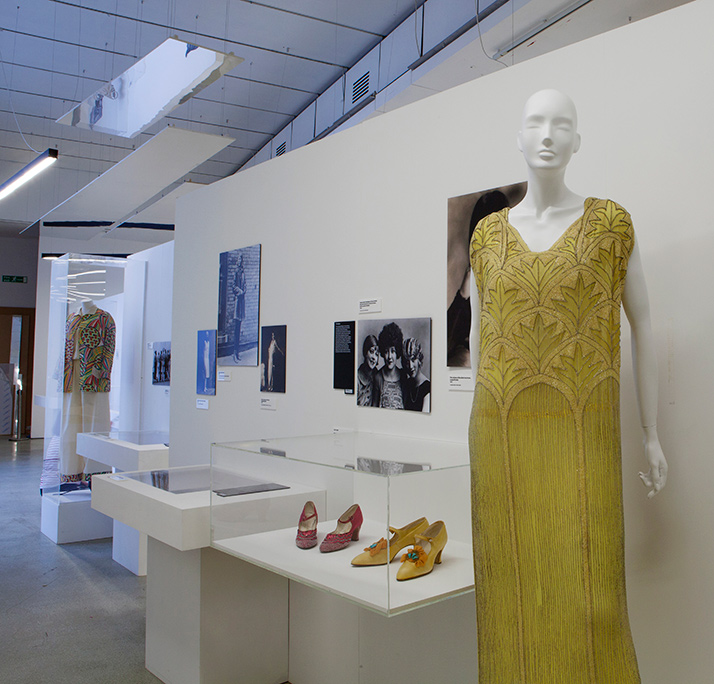 After World War One, the loss of life depleted the male workforce which meant that women carried on their roles after wartime. In the 1920s, the ‘flapper’ style reflected a number of radical changes to women’s social lives. The archetypal flapper wore dazzling beaded dresses designed for dancing, with short hemlines and bare arms. Equally as radical as her clothes, the flapper’s short bobbed hair, painted nails and boyish silhouette defined a new femininity. 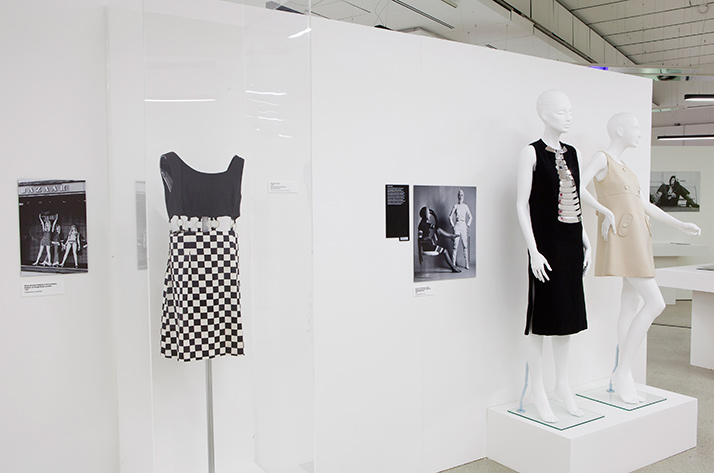 During the 1960s, more women than ever before entered the paid workforce in Britain, which meant that women became financially independent. The introduction of the birth control pill in 1961 was revolutionary as it sexually liberated women. 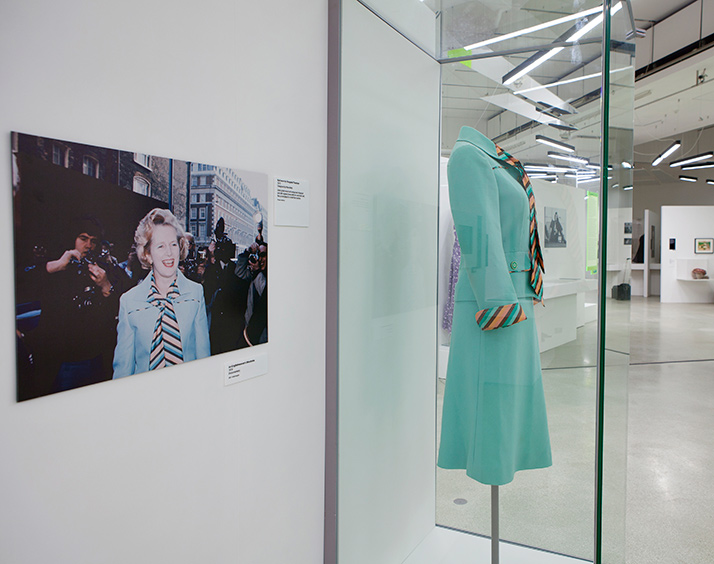 Thatcher’s green wool suit composed of a jacket and silk-topped dress with tie neck and belt, the jacket piped to match the bodice.

Following her election in 1979, Margaret Thatcher’s personal style was refined to reflect her political determination. 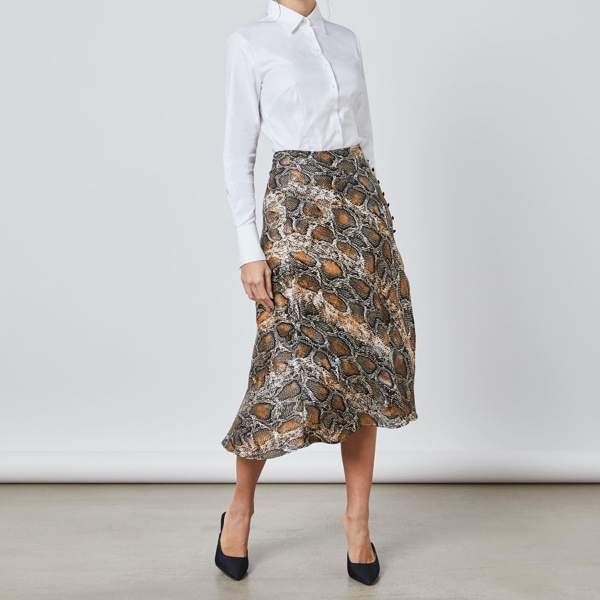 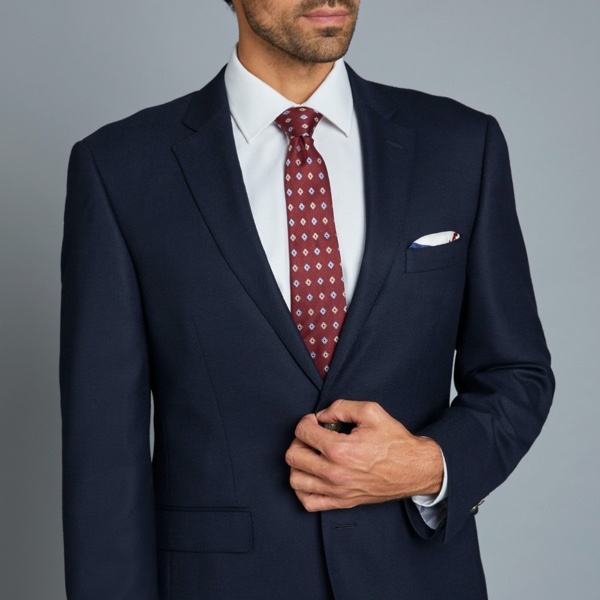 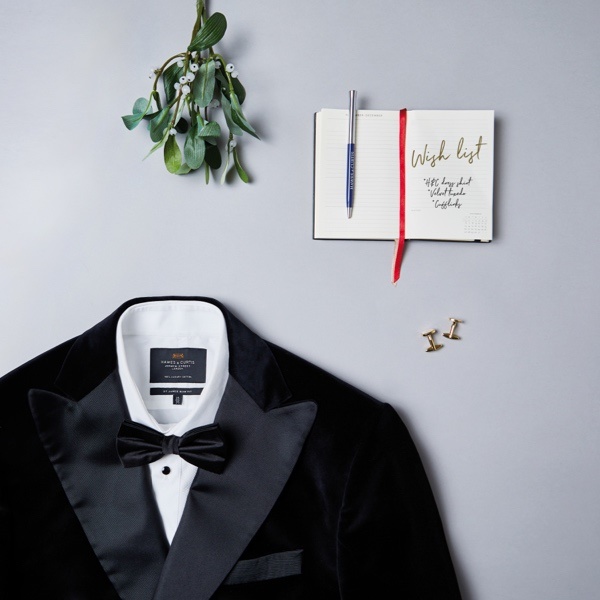