The British Royal Family really knows how to dress. No matter what the occasion, they always look their finest. Hawes & Curtis takes inspiration from past royal clients to bring you four regal style tips.

At Hawes & Curtis, we are extremely proud of our impeccable British heritage, having served royalty since 1913. Our most famous royal clients have included the Duke of Windsor, Lord Mountbatten and Prince Philip. As a result of Hawes & Curtis’ commitment to impeccable service and product excellence, the Duke of Windsor, Prince Philip and King George VI awarded the brand four Royal Warrants.

The Duke of Windsor was considered to be one of the best-dressed men in the world. He preferred to set fashion trends rather than follow them and he famously said: “I was in fact produced as a leader of fashion, with the clothiers as my showmen and the world as my audience.”

The way in which the Duke of Windsor styled his outfits was revolutionary for the period. He was extremely fond of bold patterns, bright colours and strong textures and he was particularly keen on tweed and tartan. Don’t be afraid to experiment with different textures and patterns – style a tweed blazer with a gingham shirt and a silk paisley tie.

The Duke of Windsor was famous for his casual style. He preferred comfortable clothes that allowed freedom of movement. “Unique and zesty” is how American Vogue described the Duke’s "audacious mixture of check, and texture and pattern."

2) THE DEVIL IS IN THE DETAIL

The Duke of Windsor was renowned for tying his ties in a manner that was wide and triangular. The Duke’s famous ‘Windsor knot’ was achieved by having Hawes & Curtis put a thick interlining in his ties to make the knot fatter. Hawes & Curtis created the famous spread collar, designed specifically to accommodate the Duke of Windsor’s ties and the knot he inspired - the Windsor. Recreate the Duke’s distinguished look with our full cutaway collar shirts and our silk ties. Click here to discover how to tie a Windsor knot.

More recently Prince Philip, the Duke of Edinburgh, has emerged as something of a style icon, having been awarded 12th place in GQ magazine’s Best Dressed list for 2016. The judging panel commended Prince Philip for his "effortless" style which "embodies duty and decorum."

3) NEVER UNDERESTIMATE THE IMPORTANCE OF FIT AND TAILORING

Much of the reason for that is down to Prince Philip’s long-time tailor John Kent who used to work for Hawes & Curtis from 1966 to 1986. Kent describes Prince Philip as having “a fantastic eye and very particular about the cut of his suits.”

Here, Prince Philip is wearing one of his older morning suits – made by Teddy Watson at Hawes & Curtis. Hawes & Curtis' beautifully tailored three piece suit is perfect for special occasions. Dress it up with a burgundy silk tie and a flower lapel pin.

While the Duke of Windsor went for bright colours and bold patterns, Prince Philip opts for muted tones in simple, single-breasted cuts. For five decades John Kent has been styling the Duke in an understated fashion that is a discreet and distinguished combination of a single-breasted blue or grey suit with pale blue or white shirt, patterned silk tie and black shoes. 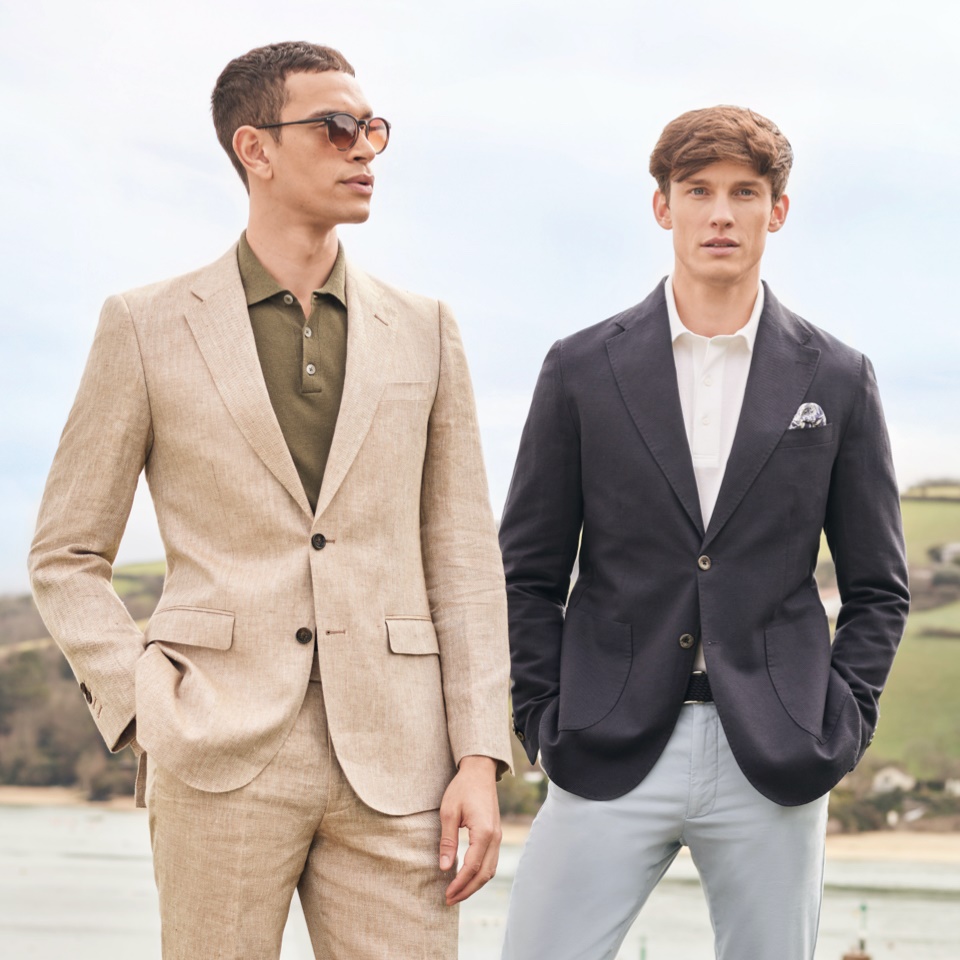 This season we’re embracing fun, fresh styles for a positively upbeat start to the season. A mood of relaxed elegance and optimism defines the new collection, with luxuriously lightweight fabrics including linen and organic cotton to keep things cool, while uplifting prints and a pastel palette enhance the positive ambience. Discover our signature styles and new innovative pieces tailored for the new beginning…